The professional snowboarder from Trentino who competed at the Winter Olympics in Pyeongchang, has become a new Ursus #Gladiator.

Take a deep breath. Fresh air gradually fills your lungs. Then set off downhill, in search of the best trajectory. One that provides the thrill of speed, the perception of controlling the elements. Both on his snowboard and on his bicycle, Alberto Maffei knows only too well how to challenge the limit. The twenty-six year-old from Madonna di Campiglio was born to compete. Alongside other snowboarders certainly, but first and foremost to challenge himself.

Alberto started to take snowboarding seriously in 2010. At the time of his first competitions, he was just fifteen and he was rewarded with his first nationwide successes, but he made his début in the world cup of Freestyle Snowboard in 2015.

He won 53rd place in the general Big Air classification and 70th in the rankings dedicated to Slopestyle specialists. One year later, he obtained his first points, coming in 28th in Milan. He then got his token at the Sierra Nevada World Cup, testifying to his growing success which shows no signs of slowing down.

The 2017/18 Big Air season was memorable, thanks to the double top ten obtained at the World Cup (Milan and Moenchenglabach) but above all to having qualified for the Olympic Games in South Korea. In Pyeongchang, Alberto (the only Italian competing in the Freestyle Snowboard) ended up 12th in his group of racers and 24th in general.

Alberto went back to competing in the 2020/21 season after recovering from a serious knee injury. In the meantime, he worked out a lot at the gym, never forgetting his beloved bicycle.

HIS RACING BIKE: FROM PURE TRAINING TO SECOND SKIN

What drives a young snowboarder to become acquainted with a racing bicycle? According to Alberto, the process was all quite natural. Cycling has become much more than an additional way to train: it has become a genuine passion. Why is that? There are quite a few similarities with his favourite sport.

The love of his mountains first and foremost. Even when Alberto isn’t on his snowboard, he won’t hear of being separated from the white peaks. This is why cycling for him has become an opportunity to stay connected to his environment, to rediscover familiar feelings. The perception of air as it rushes over the handlebars, as the wheels speed away. Dominating the currents, striking the perfect balance. Finding the most spectacular route and honing his skills once more. 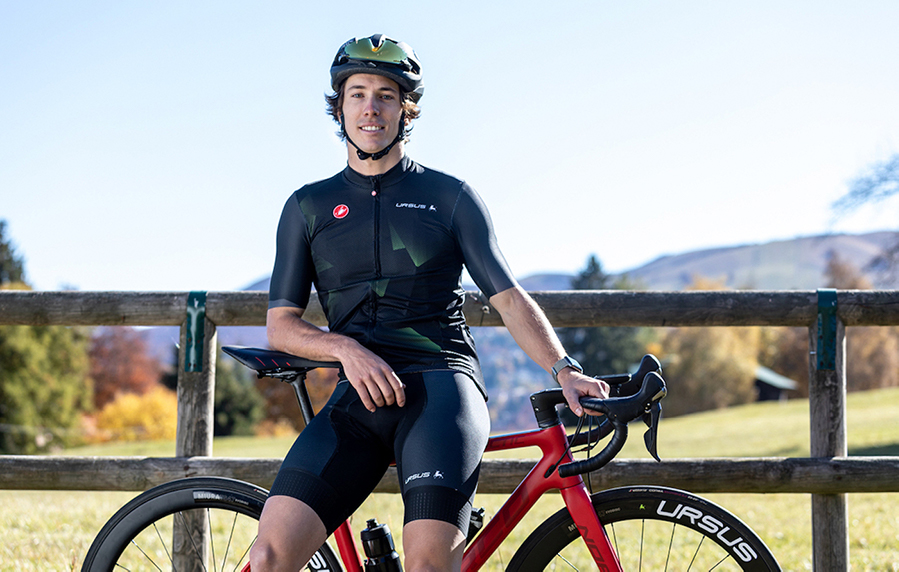 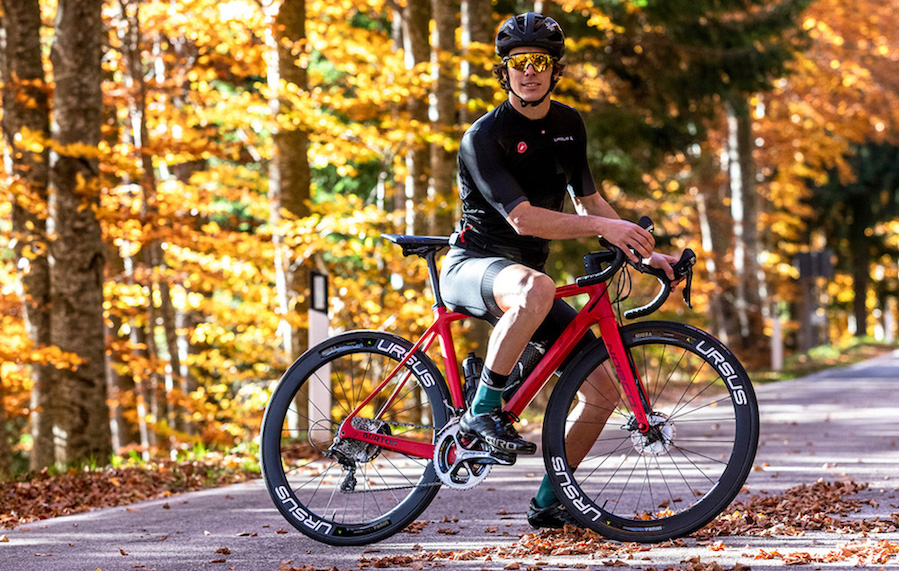 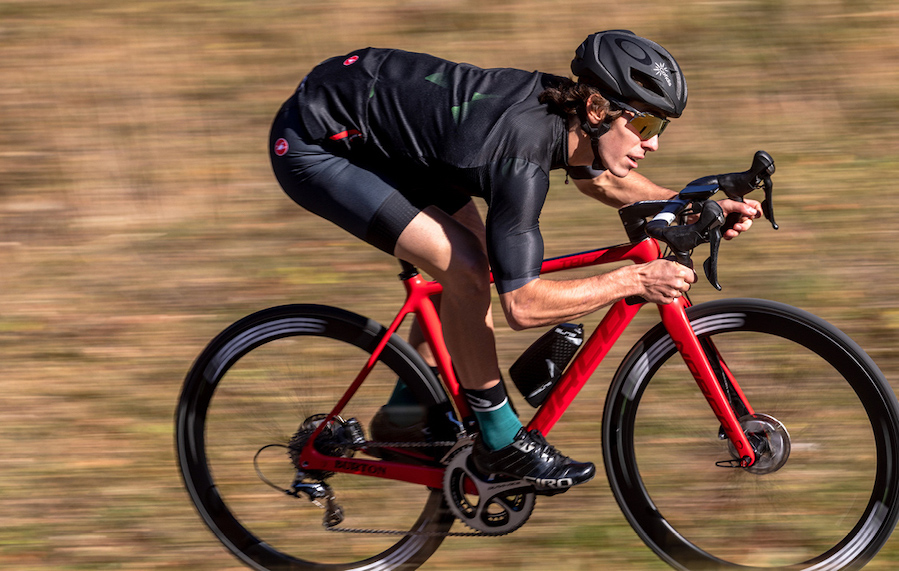 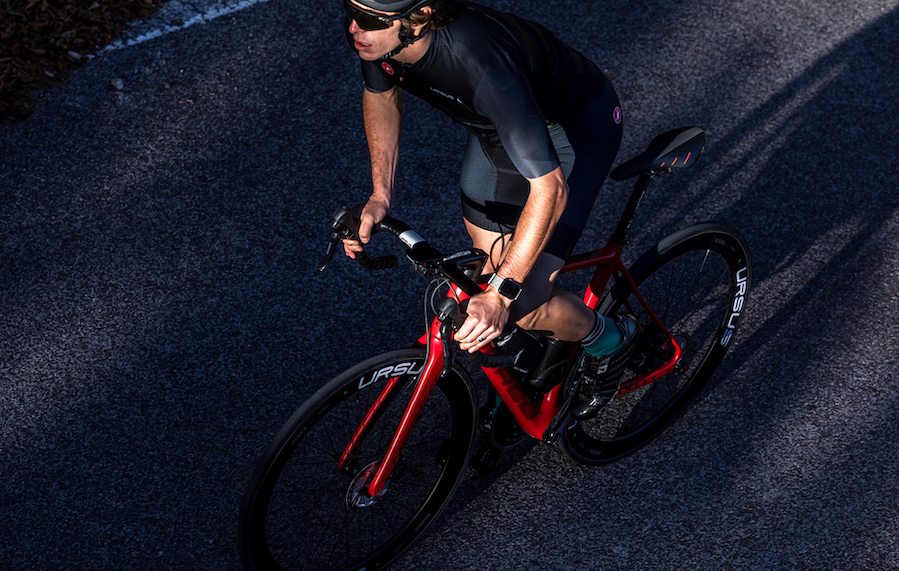 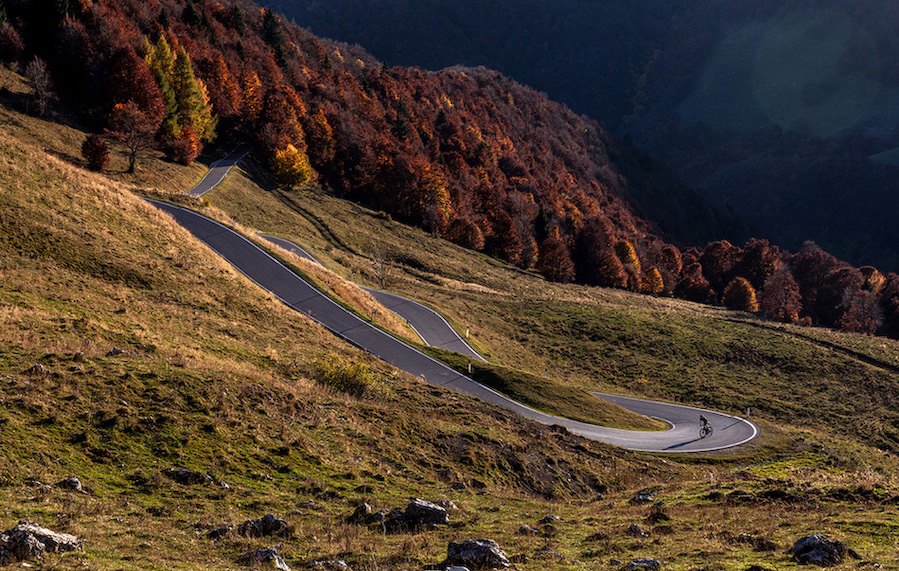 A champion such as Alberto thrives on adrenalin, but is also aware of the risks linked to the constant attempt at overcoming the performance limit. This is why, as a professional athlete, Maffei believes carefully choosing his equipment to be of vital importance.

Just as his snowboard, his bicycle must allow him to improve, with the utmost safety. The new Ursus ambassador has therefore decided to fit only high-end components. Meaning a Miura TS47 wheelset for disc brake, made of carbon monocoque. Light weight, stability and unrivalled smoothness come together in this product offering reliable braking at the hub. A veritable revolution on wet road surfaces.

For a Professional Freestyle Snowboarder, control is also a priority. A steering system which will accommodate well-trained reflexes one hundred percent is required. A rigid and concurrently sleek cockpit. Magnus H.01 is the ideal solution for our #Gladiator.