Ironman and Olympic Triathlon: what are the differences?

Triathlon is probably the most difficult athletic discipline. It combines three sports which, when taken individually, are already among the most demanding: running, cycling and swimming. And, in the world of triathlon, the Ironman race reigns supreme, while Olympic Triathlon has shorter distances, making it more intense… Which one is harder to tackle? Let’s discover the differences between them.

The dawn of Triathlon

Ironman is defined by the International Triathlon Union as a long-distance triathlon race: a 3.86 km swim, a 180.260 km bicycle ride and a 42.195 km run (as long as a marathon). Olympic triathlon, on the other hand, is comprised of a 1.5 km swim, a 40 km bicycle ride and a 10 km run. How and when was Ironman born? In 1977, quite casually, thanks to a bet between a group of friends in Honolulu, Hawaii. These friends were discussing which was the hardest race in terms of resistance between the Waikiki rough water swim, a 3.8 km swim, the 112-mile bike race around Oahu, a 180 km bike ride, and the Honolulu Marathon, a 42.195 km run. One of them suggested to combine the three races, giving birth to a new, single competition. The suggestion was met with laughter by the group but, soon enough, it generated Triathlon, specifically Ironman, considered today as the most important race. From this small group of friends sprung the Hawaii Ironman championship, one of the most prestigious races to date.

The hardest discipline in the world

It is not an overstatement to define triathlon as the hardest discipline in the world. This discipline is definitely not for everyone, for several reasons:

Running is as natural as walking and anyone can do it, with the differences in talent and training dividing professionals from amateurs. You could say the same thing about cycling, but this is a sport which requires a certain technique and very specific preparation. Swimming is even more niche: very few can confront water like a true athlete. So, it is definitely impressive to be a person, or an athlete, who is skilled in all three of them.

Training for not just one, but for three sports, forces the body to endure substantial burden and stress. It is not by chance that many athletes try their hand at triathlon but they cannot withstand the excessive exertion imposed by this discipline.

And to prepare for three sports at the same time, clearly, one needs time. This is one of the most impactful details when an athlete wants to prepare for triathlon. When should you train? How should you subdivide the training sessions? It isn’t easy to optimize your time to fit in all your daily tasks, both life- and sports-related.

Davide Uccellari: find out how a professional trains for triathlon.

Physical, but mostly mental fatigue, are the most insidious obstacles when preparing for a triathlon race. Exhausting training sessions, unpredictable times and recoveries that the body and mind can have a hard time achieving. For this reason, recovery is fundamental in this sport, and can almost be defined as the “fourth discipline”.

Sure enough, the true secret is managing to rest effectively, recovering as much as possible between training sessions and not letting stress overwhelm you; it is only in this way that you can be a competitive triathlete.

The name says it all: a race made for iron men (and women). And, indeed, it is somewhat true. You have to be very resilient, almost indestructible, to complete an Ironman race. In the world of running, and in amateur sports in general, those who cross the finish line of a marathon, or those who complete a granfondo cycling race, are considered “heroes”. It almost gives you chills to think that, in Ironman, the marathon and the cycling race, which is longer than one granfondo, are only two of the three parts of the competition. So how can you best prepare for an Ironman race?

Preparing for a long, tough race such as Ironman requires the right precautions and adequate preparation when it comes to training.

To train for the foot race, you need to set up specific sessions and perfectly balance quality and quantity. Many triathletes training for Ironman run a marathon just to put some mileage on their legs, without thinking too much about the time and ranking.

In the first period of preparation, the fundamental objective is to build an aerobic base and general muscle strength. In this period long and slow running sessions on mixed routes with hills and plains are fundamental. As physical condition improves, the duration of the workouts increases, lasting between two and three hours.

Once a good aerobic base has been set, training becomes focused and the goal is to improve the quality of the race, i.e. the pace, to gradually match the real conditions of the race. So, one must run as long as possible at the pace of the Ironman competition in order to improve the anaerobic threshold.

It is also good practice to consider planning specific workouts including cycling and swimming, considering that the distances in the race are significant and therefore it is not easy to manage high-strain, single training sessions. Therefore, it is essential to train uninterrupted for five or six hours, alternating running, cycling and swimming.

To best prepare the cycling stretch of an Ironman race, different types of training need to be set up:

Training at even pace

Even pace training should be performed at a constant, regular intensity, generally on flat paths. The intensity should be even, not the speed.

This type of workout involves speed variations that can vary in duration and be high in intensity. It can be done on flat or hilled paths.

Repetitions consist in traveling a path variable in length, usually between 3 and 8 minutes, at a constant speed, allowing a few moments of recovery between repetitions.
Generally, they are practiced on flat paths or with low-difficulty climbs, to keep the rpm constant.

Climbs are the best type of training to increase performance. These are the recommendations:

3. Medium climbs at a constant speed with rhythm variations, not too intense.

Workouts that bring together all three disciplines.

This is the first stage in the triathlon race and is therefore a crucial phase. Triathletes shouldn’t be too far ahead of their opponents, but at the same time they must ration their strength, keeping in mind that the race is very long and there is time to catch up.

An important tip to train for the swimming portion of an Ironman race is to develop familiarity with water, since the competition takes place in open water, not in a swimming pool.

Unlike running and cycling, which are much more natural, water is not the most comfortable environment for people, therefore training must be constant, to gain confidence in the water.

An excellent workout to prepare for the swimming race can be divided as follows:

An Olympic triathlon race lasts between 1 and a half and 2 hours for an elite athlete and upwards of 2 hours for an amateur. The distances are respectively 1.5km swimming, 40km cycling and 10km running. In a competition with such short distances, athletes are constantly pushing their limits, and often go beyond them. For this reason, it is essential to train in specific sessions aimed at improving these aspects.

An example of a specific session is known as brick training, one of the cornerstones when preparing for these competitions. Combining the 3 disciplines is fundamental in order to get the whole body used to completing three different athletic actions. Brick training signifies training that involves the succession of 2 different disciplines such as swimming and cycling or cycling and running for a certain number of repetitions, with a brief transition time. The duration and intensity vary according to the type of competition (sprint, Olympic, half Ironman, Ironman). It can be done both in the pre-competitive phase (separate from the races) and in the competitive phase (during the competition period). It should be continuously incorporated into a training routine which should recreate the race conditions as closely as possible, such as in a group, in open water, with at least 100/200m out of the water, rounding buoys, etc. It is important to know that triathlon requires specificity and should not be trained as the sum of 3 different disciplines.

Which race is harder, Ironman or Olympic Triathlon? There is no simple answer: the difference lies in the intensity with which the competition is faced. Certainly, Ironman requires a greater aptitude for prolonged effort, but Olympic triathlon is just as challenging. Since it is shorter than the Ironman race, it is performed with greater intensity and therefore becomes extremely tiring.

In conclusion, triathlon in general is a very tough sport, and those who want to set off on this path are advised to begin with shorter distance races, such as sprint triathlon, and then gradually intensify with time. The Ironman race can be the final goal, after conquering the Olympic triathlon. 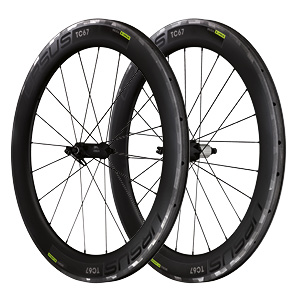 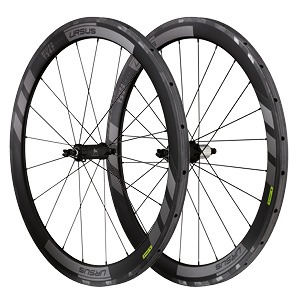