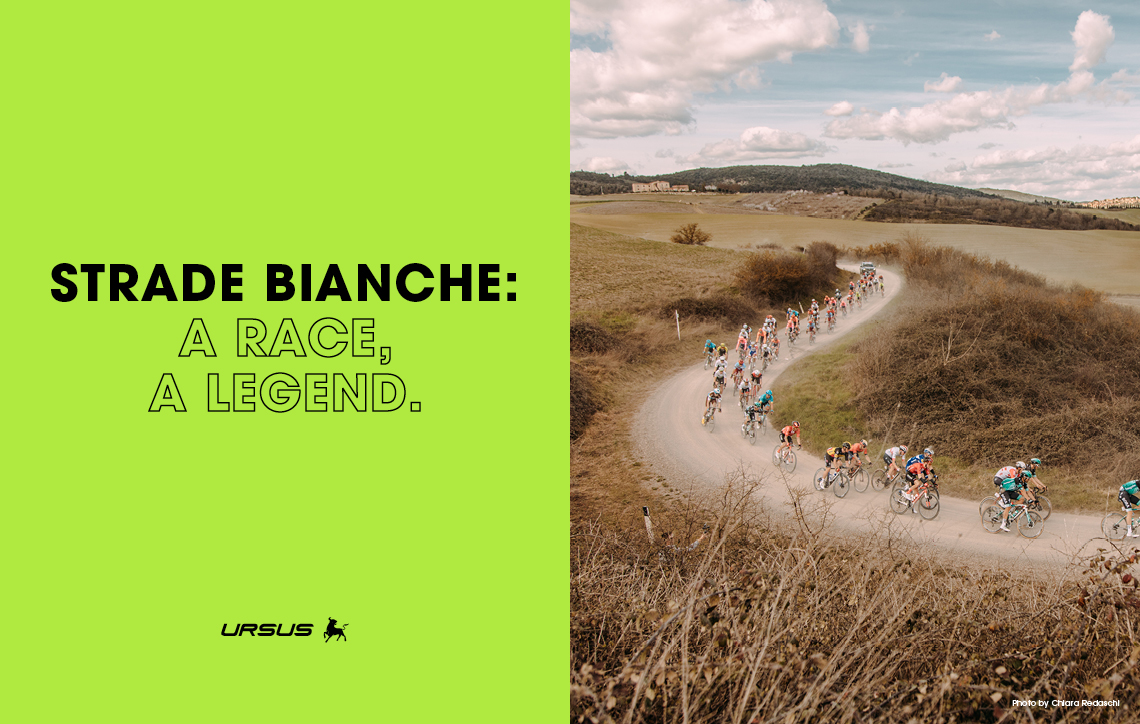 Strade Bianche: a race, a legend

Many say that one day it may become part of the Monument bike races. An accomplishment like this would confirm the beauty and charm of the competition once and for all. What race is this? Of course, we’re talking about the Strade Bianche. This event started in 2007, quite recently, but has quickly become one of the most loved by professionals, operators and amateurs alike.

A history that goes back… a few years

Don’t let age fool you. The Strade Bianche race is still budding – turning 13 in 2020 – but it is envied by older sporting events because of the prestige that it has gained in such little time. This status arrived in a completely natural way, thanks to the beauty of the path and sceneries that go by, as well as to the charm of the roads covered by the cyclists. White roads have always evoked strong emotions in the world of cycling: dirt, mud and gravel are elements that usually are not related to road cycling, but when the two come together, they create an explosion of sensations and legendary moments. The Chianti hills, San Gimignano, Siena, Montalcino and other territories in the Sienese area: these are among the most beautiful places in the world. All this beauty is the claim to fame of the Strade Bianche, a race that in few years has already become an epic challenge among cyclists.

The Strade Bianche track is famed not only for its breathtaking beauty, but also because it is very challenging, with strenuous segments. The Sienese race has a lot in common with the two great “Northern classics”: the long, demanding segments on rough terrain, just like the Paris-Roublaix and the numerous, terrible climbs, typical of the Tour of Flanders. For this reason, this competition is certainly not for everyone, or at least it cannot be won by just anybody. What kind of cyclist is best for this race? We could say that is a modern cyclist, meaning not a classic climber, not a true sprinter and not a rouleur, but an athlete who can put all these characteristics together, particularly speed and pace. By looking at the Strade Bianche winners, it’s easy to understand who the right cyclists for this track are, and they all have the qualities we mentioned above:

This is why an athlete must have great resistance, the strength to push their limits during climbs and hills, and a solid pace. The race takes place at the beginning of March and not all riders are already 100% in shape, so there is always room for surprises, such as when in 2018 the winner was the Belgian Tiesj Benoot. 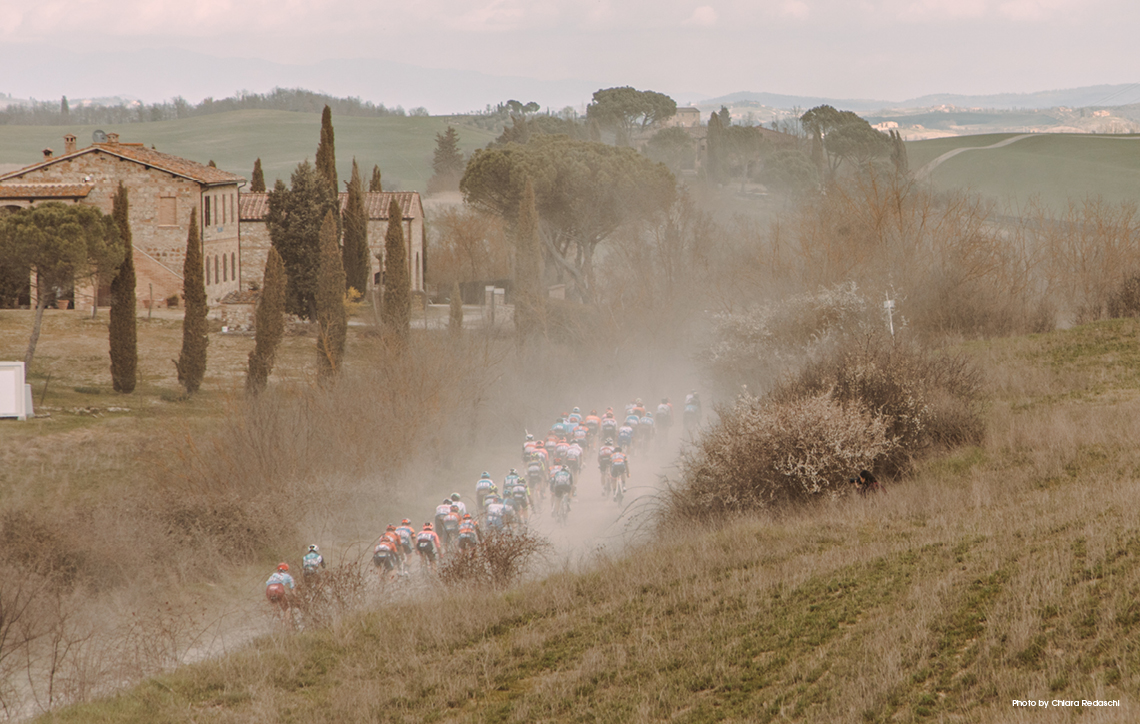 The Strade Bianche track, with a total of 184 km, is winding and undulating, both on the planimetric and altimetric plan. There aren’t any long climbs, but there are shorter segments of varying steepness, especially on dirt roads. There are 63 km of white roads, meaning unpaved gravel roads, divided into 11 sectors. Amateurs and aficionados can also cover this path with a gravel.

The most audacious, strong, brave cyclist of the day will be the one to raise their arms in victory. The Strade Bianche is a race that cannot be won by just any rider, but by one who has legs, heart and guts.