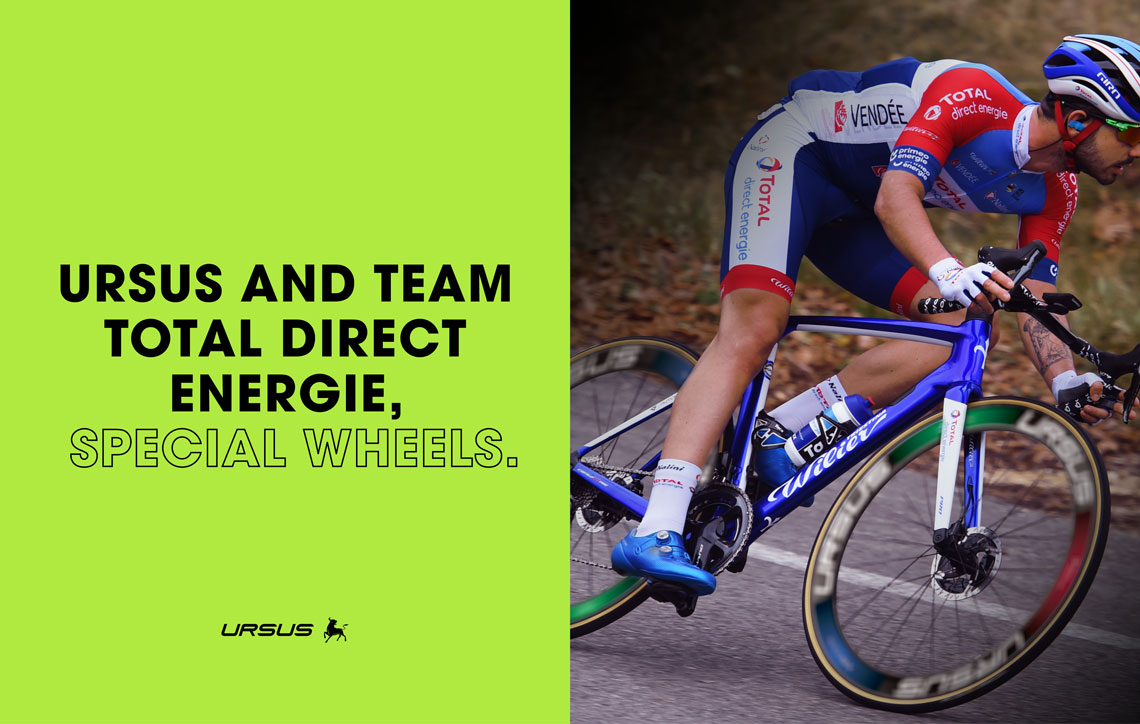 They are colourful, extremely special and they conceal a message of brotherhood: the new Ursus wheels underscore the French team’s resumption of training and competitive activities. The goal? The tour, of course!

Ursus and the Total Direct Energie team: the beginning of a partnership

The Italians and the French: this pairing is often associated with historical and sporting rivalry. Nevertheless, this story tells us a different perspective. Indeed, since the beginning of the year, for the first time in its history, the Italian brand Ursus has become a supporter of a professional transalpine team.

“The relationship with the Total Direct Energie team - explains Enrico Stragliotto, sales manager at Ursus - immediately began under the banner of great technical partnership. In the pre-season and during the pre-virus period, we received some positive feedback from racers as to the quality of our wheels. Among other things - Stragliotto went on - we had the opportunity to test some of our new models on the Paris-Roubaix route, which was a very convincing test that led to an outstanding response.” 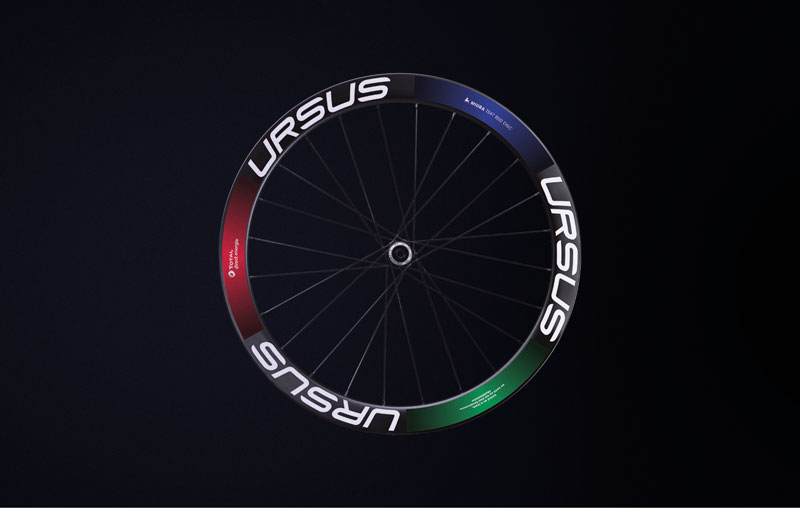 So Ursus started off the season with a bang, embellished by the two seasonal wins from the Italian Niccolò Bonifazio (who won a leg of the Tour of Saudi Arabia, a success he also repeated in leg 5 of the Paris-Nice) that was stopped short as a result of the stoppage of competitions due to the spread of Covid-19. At least until last 5th May, when the UCI set new dates for the main World Tour events.

Resumption of activity, new wheels and a hidden message

To celebrate the resumption of activity, Ursus and the Total Direct Energie team decided to focus on style: team members are supplied with some pairs of wheels with new labelling that celebrates the “recovery” of cycling after the Coronavirus emergency.

The new graphics available to racers are distinguished by the chromatic merger of the colours of the Italian and French flags, to convey a newly recovered brotherhood. Once in motion, the colours mixed together create a very special dynamic colour gradient. The graphics also bear the wording “Together as a team, we build up our own Renaissance”. These words pay tribute to the Italian and French Renaissance, as well as to the concept of team spirit which the lockdown had alienated from our minds in the name of social distancing.

In short, the aim of the initiative is to launch a message of optimism within the cycling world, which was deeply affected by this terrible pandemic, like all the other areas of our lives. An optimism that we hope will lead us all to compete again towards the life, business and sporting goals we have set ourselves.

The Total Direct Energie Team will be fitting these new special wheels on its racing bikes when the preparation phase resumes and throughout the rest of the season, thereby launching its recovery message. So the date is set for the end of August, when the Tour de France, the main world cycling event is scheduled to take place, and is also set to be the number one visibility objective for the Ursus brand.