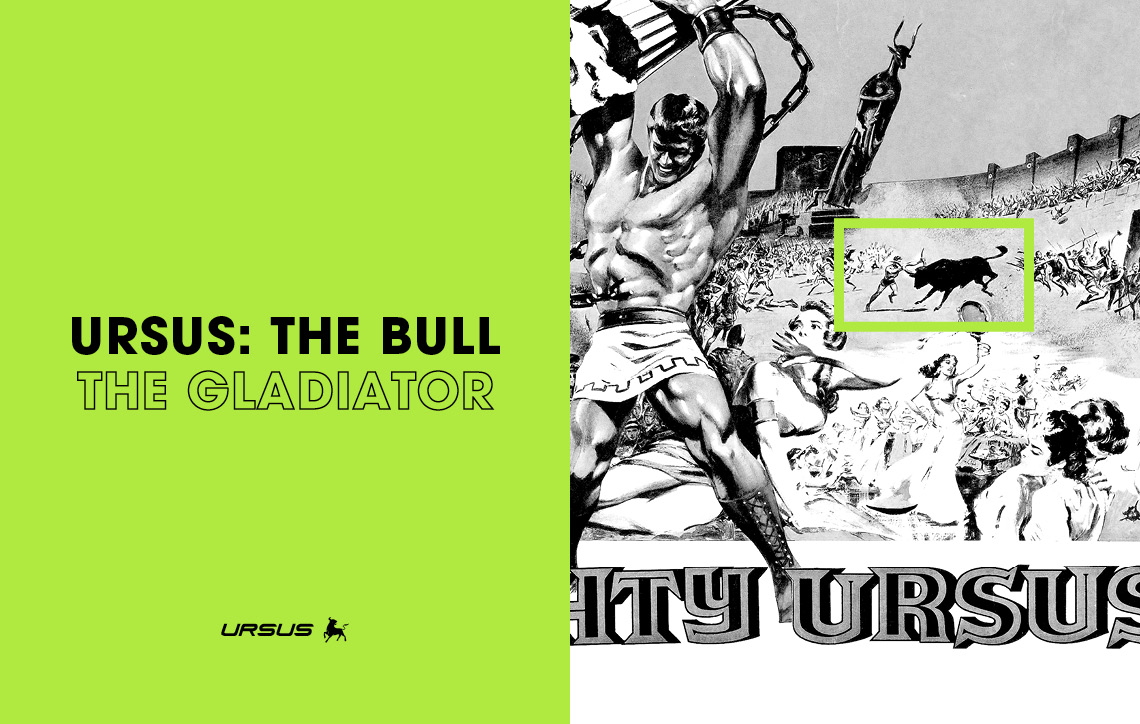 Ursus: The Bull and the Gladiator

What is the origin of the symbols behind the Ursus brand? Find out with us.

A continuous struggle to the limits of one’s possibilities. A performance resulting from an endless passion. This is the profound meaning hidden behind that small bull-shaped symbol you’ll find on your wheels.

But what is the origin of this symbol? What story does it tell? To find out, we have to take a leap back in time, to 1966 specifically, when the young Sergio Ferronato patented his version of a fast lock for steel saddles.

At the time, this was the first product which the Ferronato family launched on the market, extending its use to folding bicycles too. 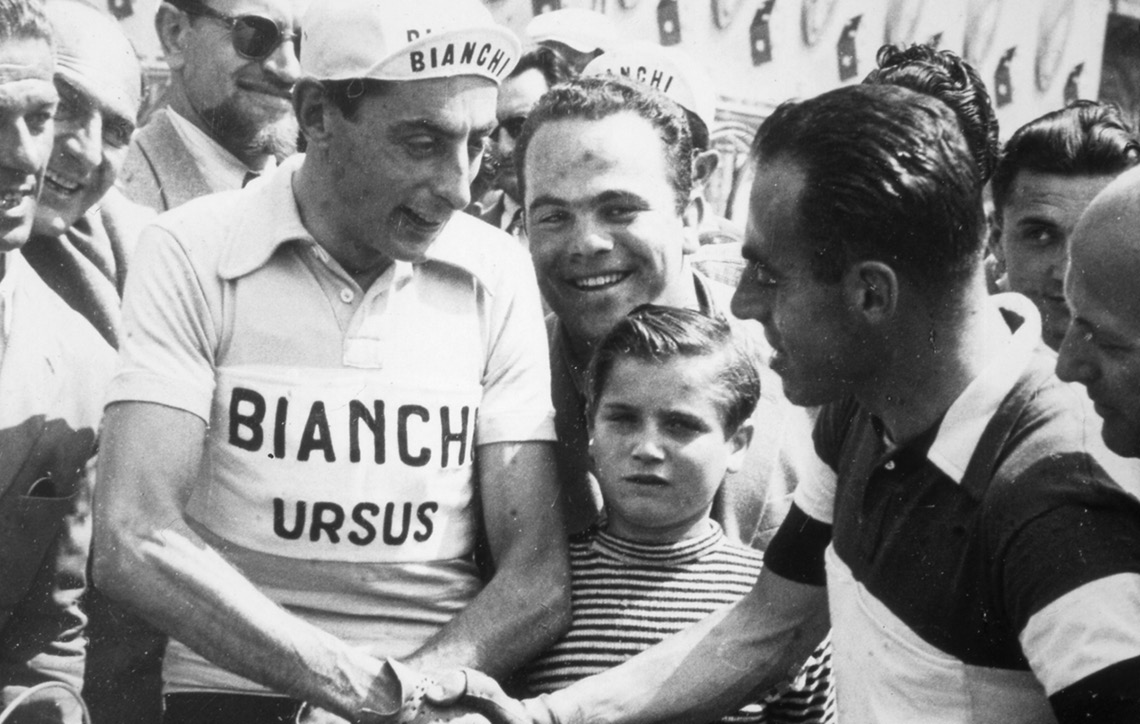 It was now 1967 and Sergio needed a name, a trademark with which to stand out from the competition. The right idea came to him at the cinema, while watching a classic motion picture: “Quo Vadis”.

In the frames of this colossal Sword-and-sandal epic, the gladiator Ursus fights bare-handed in the arena against an enraged bull in a desperate attempt to save Lygia, his princess, from being gored to death. Sergio was literally inspired by the ideals of devotion and motivation which the character of Ursus embodied.

He thought that these very ideals would be fundamental to the success of his entrepreneurial plans. He therefore decided to name his new company after the heroic gladiator, but he didn’t forget about the bull, to whom he entrusted the task of symbolising the obstacles that his personal hero - his business - would have to overcome in order to succeed. 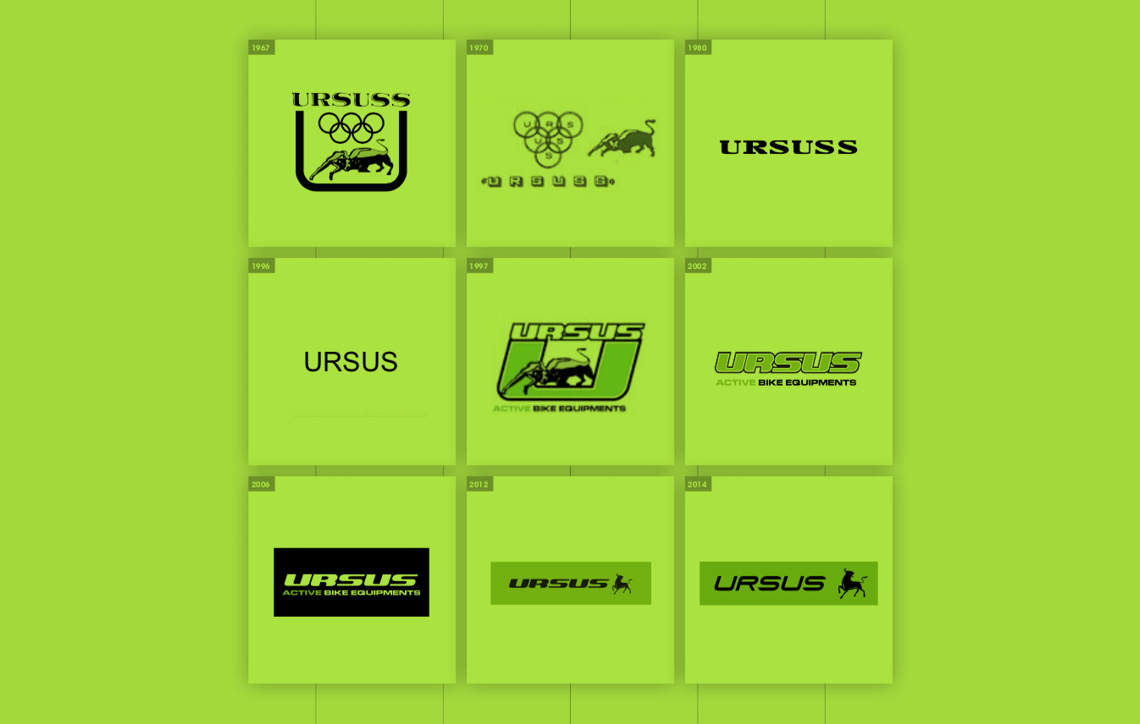 The initial period of activity of Ursus

From that moment on, the figures of the Gladiator and the Bull made up the Ursus brand, with which Sergio embarked upon an adventure that led him to register many other patents in the field of mechanical bicycle components.

Ursus hubs and cycle stands began to spread across Italy and at international level, aided also by the oil crisis in 1975, which resulted in a genuine boom in bicycle demand.

The Eighties saw the birth of the newborn MTB trend and Ursus was ready and willing, launching a special braking system dedicated to the new off-road bike.

The new millennium and the Wheels project

In 1998, Ursus was listed on the stock exchange and the SpA acronym made an appearance in the new millennium. It was specifically during this period that, thanks also to Mirko Ferronato joining the company, Ursus capitalised on the experience in the production of hubs and began developing its carbon wheels for racing bikes.

Consequently, the company’s partnership with several professional teams began, as well as the support which the company provided to several local businesses, especially those employing young people. The “gladiators”, as the athletes who cycle with Ursus wheels are affectionately nicknamed, have contributed and continue to contribute towards the development of the project on the ground.

They do so with a small bull printed on each wheel, to remember that the path towards making their dreams come true is dotted with unforeseen circumstances, difficulties, and momentary failures. To remember never to give up. Ever.